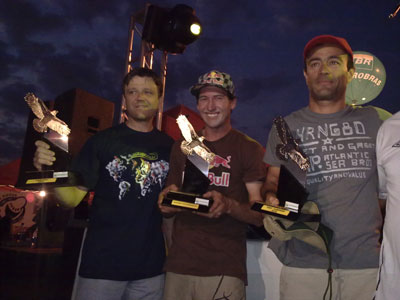 Following some inconsistent weather last year, this year's competition saw a return to typical Brasilia conditions, with seven competition days out of seven, and climbs to 4000m. The first few days provided mellower than normal conditions, then on day four the clouds appeared and Brasilia of old showed itself.

Tasks ranged from 105 to 145 kms with many pilots making goal each day in the international recognised Esplanade landing place in the centre of the city.

Jonny and Andre have been putting in solid performances at recent international competitions, but it's extremely pleasing to see Betinho place well in his first competition in five years. Betinho says he not back in the competition scene but simply wants to enjoy himself and his flying. Despite this, there is significant interest being shown for him to compete in the worlds at Italy next year.

Well done to all the pilots at the Brasilia 2010 competition. What a great event!!

For more photos and the scores, go to www.superrace2010.blogspot.com.