Day 9! The task committee of Gerolf, Len Paton and Conrad Loten set a 169 km dogleg task to Bodang via Toogong to the North East. Len presents the weather. Tomorrow's predicted wind is 25-30 so may be too strong to fly. There is a chance of overdevelopment to the East.The goal line finish is changed to 400 m radius as there is mention of fences around the Bodang airport. The wind on launch is West north west. 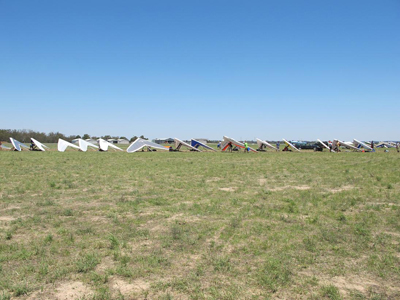 No one is keen to go at 12.45 pm when launch opens, it's all blue and still fairly north. Jamie jumps in the Dragonfly with Steve before anyone is on the dollies to get some aerial photos.

There was some discussion at the briefing about pilots fudging in the launch line. We have staged both lines strictly today, I took Greg's and Lia took my line. We get our first pilot to launch just before 1pm and don't get them all away until 2pm. 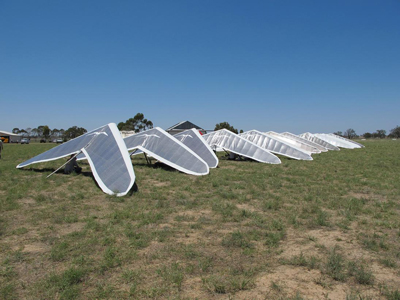 It's really hot on the ground around 41 degrees. The Sport class wait to launch for 30 mins after the Open class, they consider changing their task because of the conditions but decide to stick with their 67.7 km task to Toogong via a turnpoint at Eugowra. 3 pilots make the goal. 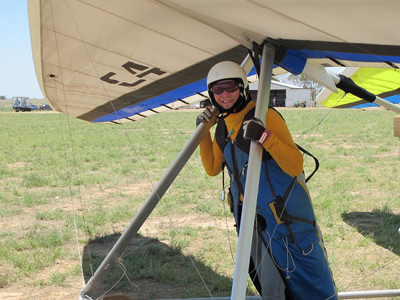 Luke Browne came here with 30 hours airtime and he has clocked another 30 hours since arriving in Forbes! Tina reports from the Open class course line that there are pilots going down around 50 kms from goal, Balazs and Lukas included. Belinda phones to get Zac a ride with the goalie, he has landed 2 kms from goal with Peter Szasz. But with the radius finish Rob does not go to goal today. It's a late finish. No one makes goal, the 2nd leg was really tough, but we hear lots of funny stories as they all come in. 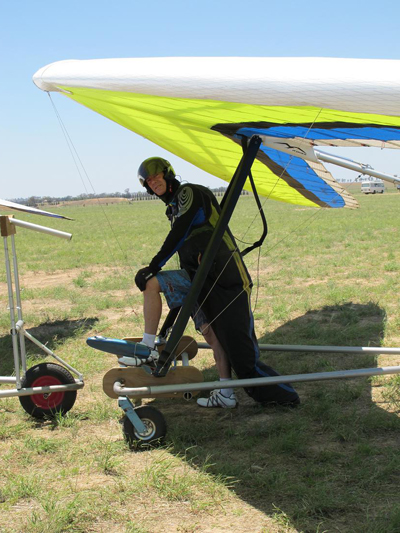