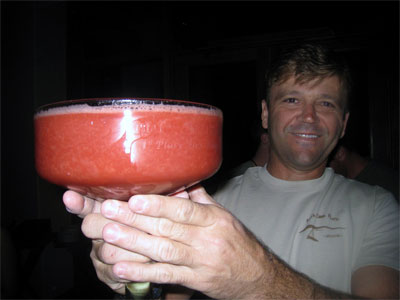 Andre Wolf - Champion and all round good guy. 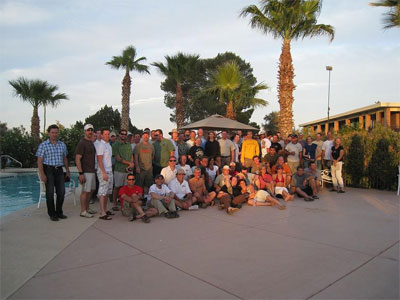 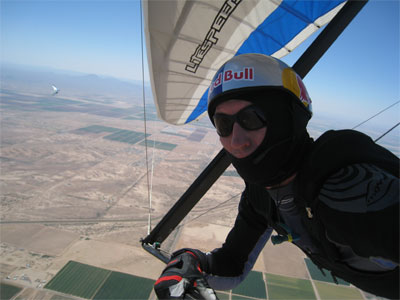 Jonny out on course. 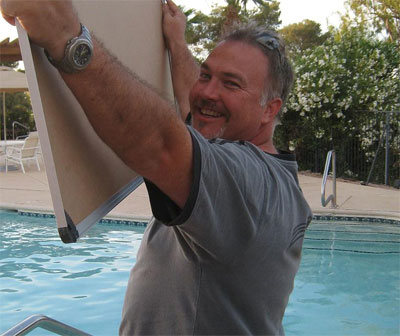 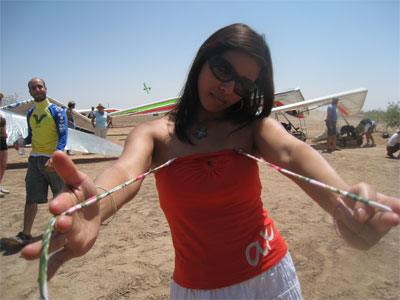 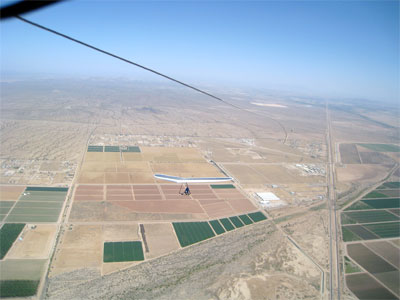 Jonny and Andre working together.

Look at the background... where else in the World can you setup on grass outside your hotel room and have a shower right before towing up for a 100km triangle!

The day before the competition started, we all got together by the pool to register, download turnpoint coordinates and catch-up with each other. A week of most excellent flying was about to begin.

Our playground in this Arizona desert flatland was punctuated by mountains in each direction. The air was smoother, stronger and more consistent in the flat areas. Green irrigated fields were a bad place to be low, especially in light winds. During the hottest part of the day, there would be 10-20 dustdevils within sight. Good thermals averaged 3-4m/s and took us to 2500m on most days. The best day saw lift to 3700m.

The surprise of the competition was unlikely hero, Derreck Turner, flying a brand-new and stock Moyes Litespeed S5. I noticed him gliding like a demon on the strong days, despite the large.... (ahem) cross-section of his harness and just attributed it to his 240+lb body weight. But he kicked ass on the light days too and even out-flew the Great Andre Wolf to win a day when nobody made goal.

Derreck told us that during the first two days of the competition he could see that his glider was keeping up with the Moyes Boys and that gave him a lot of confidence. He was able to relax and make good decisions, knowing that he would not be left behind in climb or glide.

Jonny and Andre flew together most of the time, combining each others' strengths to form a formidable duo. Early in the competition they developed a strong lead over the others.

These were the overall results:

2000 Vice World Champion and multiple Brazilian Champion, Andre Wolf, filled his trophy with a strawberry margarita big enough to put an elephant to sleep. Every Moyes champion knows that each win costs blood, sweat and tears, and this was no exception. As Andre shared his victory with us, we were not only celebrating his well-fought battle but also this Great game we play with our most rarely seen and yet closest friends in the World.

Congratulations Andre, you make us proud!

To all the Moyes Boyes out there, may good air follow you always,