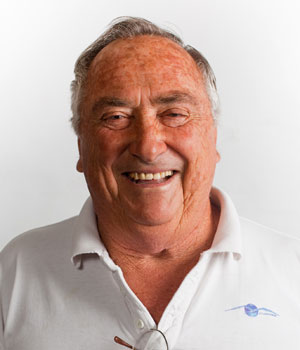 The founder of Moyes Delta Gliders, Bill Moyes still plays an active role in the Company. While he now leaves the majority of the day to day business to his children, Steve, Vicki and Jenny, Bill manages to keep himself active and often visits the factory.

In addition, Bill also has his own Company - LiteFlite - which manufactures the Dragonfly. 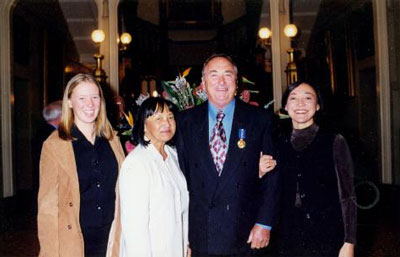 Madeleine (Bills Granddaughter), Molly, Bill and Vicki when Bill was awarded his Order of Australia medal. 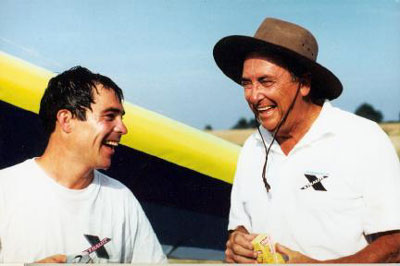 Two legends Bill Moyes and Tomas Suchanek at the 1995 Worlds in Ager Spain, which Tomas won. No wonder they're laughing.