The Malibu 188 and Malibu 166 both have undergone a few minor sail cut modifications:

Mylar insert modification: The new Malibu inserts has the mylar run all the way around the leading edge, as opposed to just joining the foam on top of the leading edge. The foam is still in place of course, but now does not get crumbled during pack up, leading to a smoother leading edge that will stay clean over the lifetime of the glider. 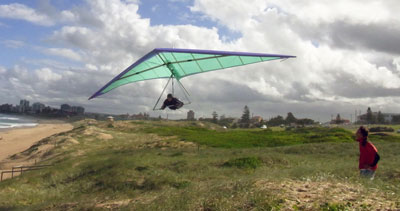 Undersurface Zipper modification: The zipper runs no longer parallel to the leading edge, but perpendicular to it, along the airflow. The reason for this is purely to make the glider pack neat and avoid crushing the mylar and leading edge foam. The gliders now pack like any double surface glider that has got enough undersurface to pull forward.

The zipper of course needs to be undone for this purpose. You don't need to worry if you forget to close it before flying, as there is little or no pulling apart of the open zipper. 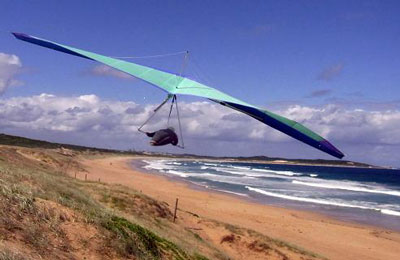 Tip panel and undersurface modification: Both these mods, take most of the flutter out of the glider when flown at top speed. The Malibu's handling relies strongly on its soft leading edges, but as a side effect of this softness, the wing will eventually start a pronounced flutter when flying at top speeds - this mod helps to remove most of the flutter. 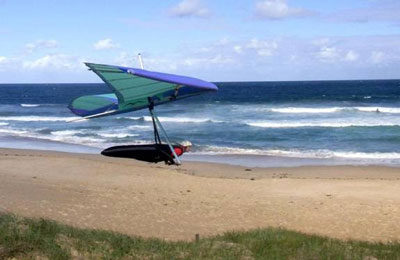 Gerolf has totally redesigned the 166 from what was the first prototype in 2008. The result is, that the little Malibu now has a stall character as forgiving as the M188, the roll rate will be hard to match by ANY other single surface glider on the market, regardless of its size. Given the same wing loading the M166 and M188 will perform practically identical.

The M166 comes standard with a small A-frame (8cm shorter uprights!, but standard size speed bar. The entire frame is made of 7075 series tubing, the crossbars are 62mm diameter just like the M188, which should make certification a simple affair.

Everyone here who has flown the M166 is very excited. And even those who were getting a little impatient are feeling that it has been worth the wait!

We are now taking orders!