The meeting for 2009 was held in Innsbruck, Austria.

As most of you would have heard by now we were unsuccessful. WE LOST : 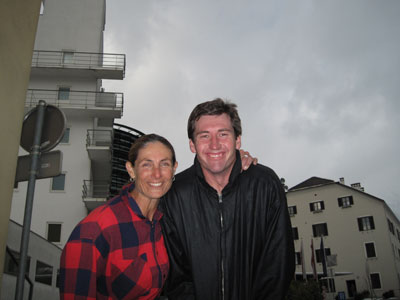 But I would like to thank some special people for all their help, especially Kathy Kelly for all her work on the brochure and power point presentation, Bruce Wynne for such a wonderful job on the DVD, with such short notice, and JONNY DURAND! On the Friday before I was leaving to go to Austria I said to Jonny " What are you doing on Sunday"?..... 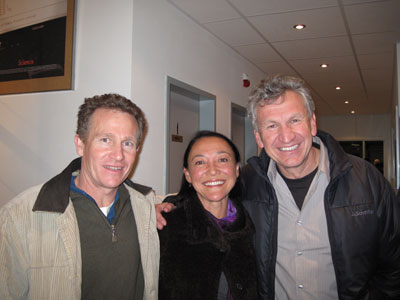 On super short notice the HGFA generously agreed to sponsor Jonny's airfare as the alternate delegate for Australia and to help with the bid process and presentation.

So Jonny drove to Queensland (1000 km) to get his winter wooly's and was on a flight to Innsbruck on Tuesday via Dubai and Munich.

There was 2 days of meetings before the Plenary , we both attended just about all of the meetings, except the Paraglider ones. That morning we got to have a ski in 1 metre of new snow! I also attended the Stewards course.

Friday afternoon Jonny and I ran a practice session on the presentation just to make sure the DVD and PowerPoint presentation was all a go. 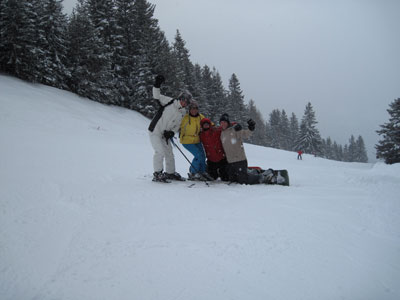 Saturday morning was the start of the Plenary and first up was the World's Bids. There were 4 for Hang Gliding from Turkey, Germany, Italy and Australia and 3 for Paragliding from Spain, Italy and Turkey. The order of presentation was drawn from a hat. Guess who drew first! Yep we were. The presentation went well, we were both a bit nervous, but we did ok, or everyone said we did! We didn't have gifts for the delegates as some bids, but we did have a nice colour brochure of what we could bring to a World's at Forbes.

Saturday night there was a party at the Airwave head quarters, a bus came to take us all to the factory/office and we were treated to a meal with videos and a presentation on paraglider design by Bruce Goldsmith.

First up, 8.30 am Sunday morning was the voting.

Jonny did such a fantastic job at lobbying.

We were hopeful of more votes for the first count, but you never can tell in a secret ballot.

There were 28 delegates in the room. You need a majority of more than half to win. The first round went:

Then Germany and Turkey were asked if they wanted to stay or go for the 2nd round.

Germany dropped out but Turkey stayed.

Then the Croatian delegate arrived so there was 29.

The 2nd round of voting went to:

Then Turkey were asked to drop out.

The 3rd round went to:

Everyone congratulated us on our presentation and said the DVD made them want to come to Forbes.

But the economics of a World's in Europe was favorable for all of the European nations.

Special thanks to everyone who gave us loads of support during and after the World Championship bid process. You know who you are....

Overall it was very interesting and a good experience/learning curve.