The weather forecast looked promising.
But to early a cloud cover moved in from south and closed down the day. 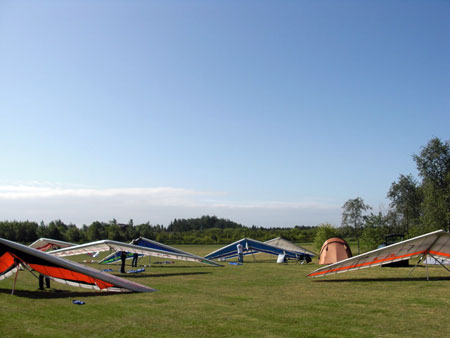 Rigging gliders. The incoming clouds on the horizon.

Only 4 pilots managed to go on course.
With south wind and weak thermals the drift made the task difficult.
Day winner Joakim Hindemith 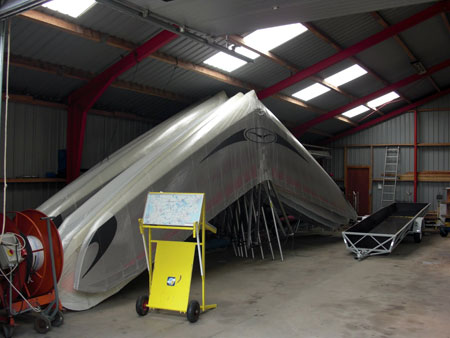 Gliders ready for next heat.

Forecast: strong wind, blue thermals.
A task with a single turnpoint was set. Goal in Norsminde a small harbour at the east coast.
76,7km
Wind was direct to 1. tp. Cross wind to goal.
4 pilots made it to goal. 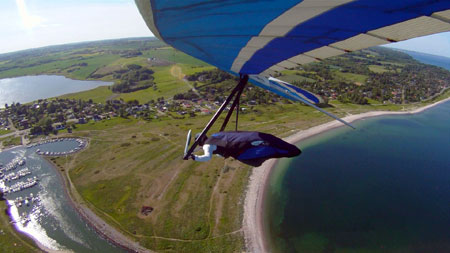 Tommy Jacobsen in Litespeed S4 above goal in Norsminde.

A 64,3 km dogleg was set.
First reports from pg pilots was very strong wind.
A wind dummy testet the condition, 22km/h wind but cloud base in 550meters.
Task was delayed for 1 hour, with start 1400.
Cloud base got higher, late it was near 1000meter.
No pilots made it to goal.
Longest flight was Johnny's he landed 10km before goal.
Unfortunately he missed the turnpoint with few meters. 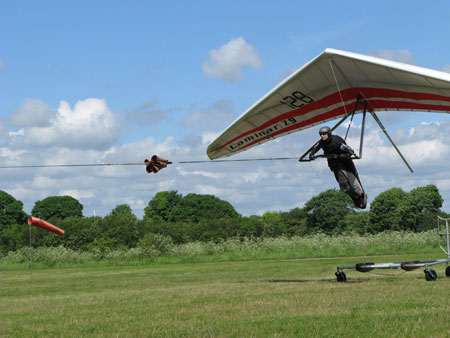 A 60km task was set. 3 turnpoints and goal at Fasterholt. 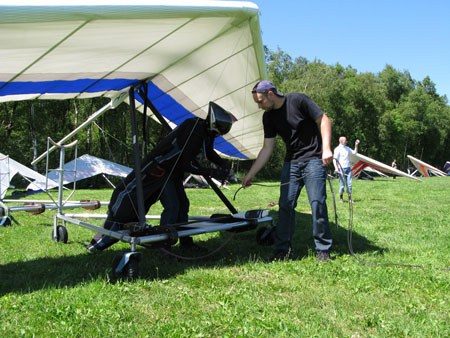 Nobody made it to goal.
A northwind at 12 - 20km/h, made the task difficult.
Best flight was Jesper, he got turnpoint 3. but landed on the way to goal in Harrild heather moorland.
He had several low saves during the flight.
Cloudbase was again today low 1100meters.
On the overall Jesper takes the lead ahead of Joakim.

Heat 5. A 56km task was set with goal at Fasterholt.
Again today difficult conditions. NNW winds 15 km/h, a dry day but some cumulus clouds.
No pilots made goal. 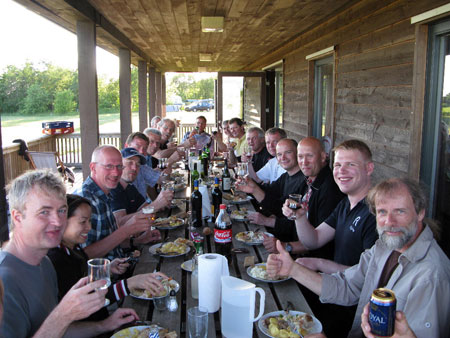 Everyone is a winner.