We made it! Not to express in words how it feels having finally reached the big goal! But even more important to see that the whole project 'Record Weeks Chile' worked out fine. From the idea to realization and finally coming to the result - the record - it was a lot of risk taking: will it be possible!? Beside the fact Tom was going to explore maiden XC flights nobody has ever done before flying out-and-return at the chilean cordillera coast going for the record. A new challenge in combination with a big project without knowing how this odyssey is going to end – a real adventure! 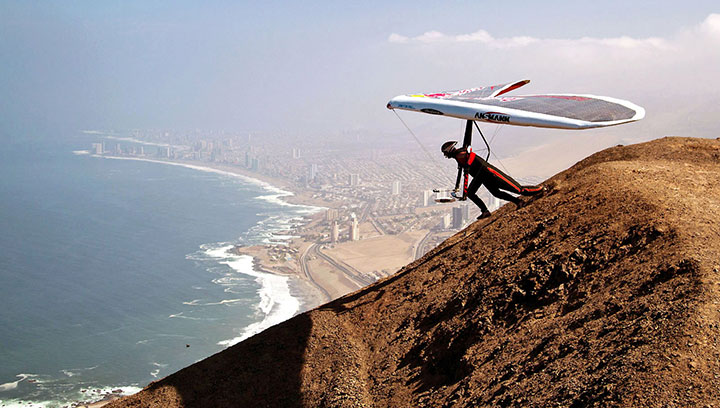 After four years of planning and investigating about wind & weather conditions, ridge's orography, best flying season, glider transportation&logistics, sponsorships, infrastructure, two visits to Chile already, 2.500 km XC-flying and 7.500 km by car it is also about finding the right support and buddy who joins that odyssey. There is no way to fly over that tigerland without retrieve and GSM coverage safty wise. Here Gerfried (2012) and now Werner are team partners. Without their help and efforts this project would not have been possible! And so that record... 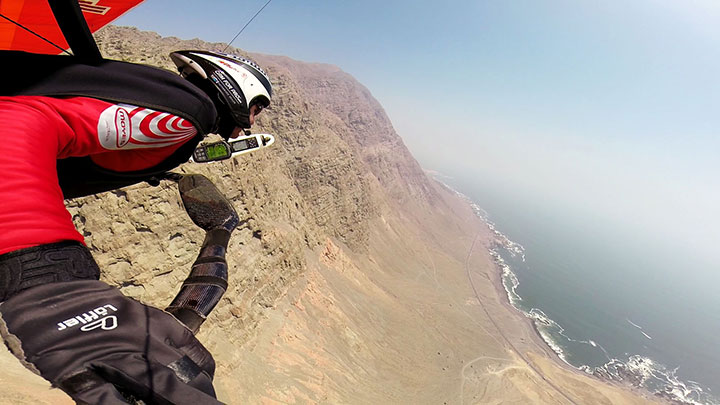 It was an extraordinary day with high cloud base at 900m, slow at the beginning but with increasing SW breeze in the afternoon and good ridge lift then with 40km/h average speed. Already at 3pm I could make the turnpoint after 175km in 4 hrs – half record distance. The way back was a hell of a race with 20km/h SW winds flying 60km/h average speed! At 5:45pm I could reach my highest altitude of the day over 1000msl just before the ridge was getting low to 400m. But I was also gliding into the shade of fog at higher level that drifted in from the pacific ocean and its cold Humboldt stream. Condition died and the fight started just to stay airborn to finish the last 20 km! Now my fast run paid off being kinda early back for a hot final. Clock was showing 6pm, just 20' after my highest altitude - conditions do change very quick here! 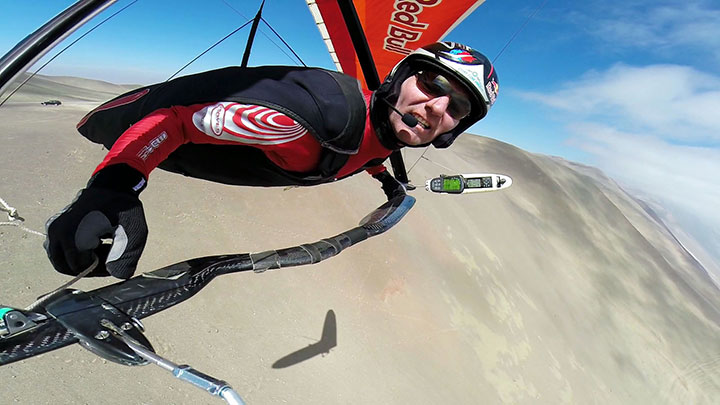 Scratching the hills 10m agl, 350msl that is, in overcast sky the warm sand still offered catabatic lift 0.5-1.0m/s but just to the top of the ridge: first 500, then 600, then 700msl at 7pm! For the last 10km I had two options: just making the start cylinder or landing at the golf court as the very last landing option before Iquique city. Going around the very last corner my final glide was showing -350m to arrive take off at 550m. So these last 200m would have been left to find a place to land. I still dont know how my decicion would have looked like but on my way I hit the very last thermal with 1m/s consistant climb till cloud base at 800m for the last 6km - that was it! 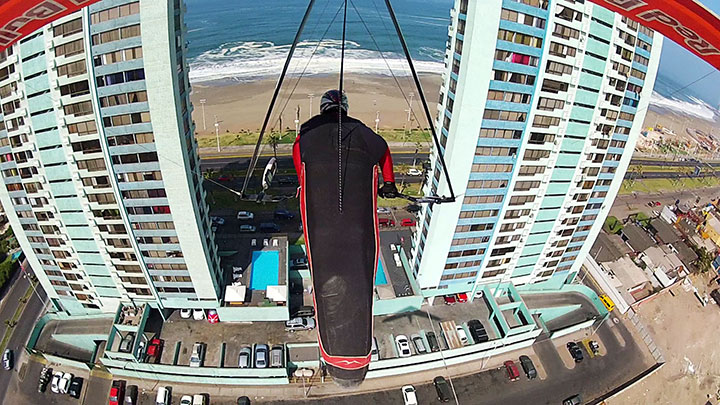 Easily my RS 3.5 was flying over take off again with a joyfull 15km final glide over the beach of Iquique city where Werner was already smilingly waiting. At 7:20pm I flaired my wing at Brava beach after 8hrs40mins and 365km – touch down! 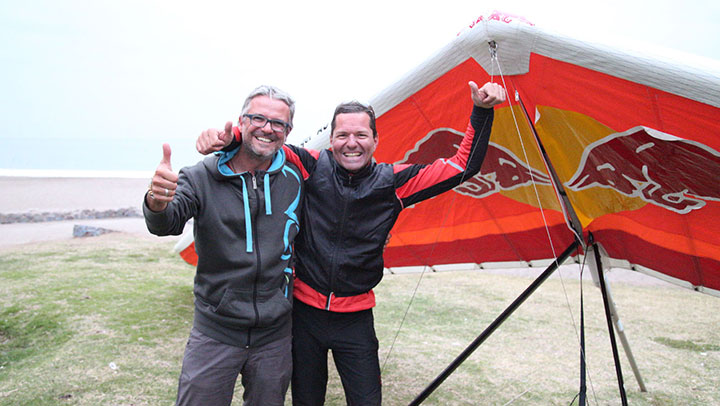 Statistics: It was the third big flight of 347, 352 and 365km during one week completing 1064km XC-distance, 26,5hrs airtime or 1300km by car! Not just distance, but also the average speed increased. Knowing place&route with all its tricky parts pay a fundamental role for big XC flying, like anywhere. But this place here at the chilean cordillera coast is 100% different to anthing else I have seen before, especially to mountain flying in the alps! Furthermore the time of year was choosen perfectly right for extraordinary record hunting. What an odyssey! 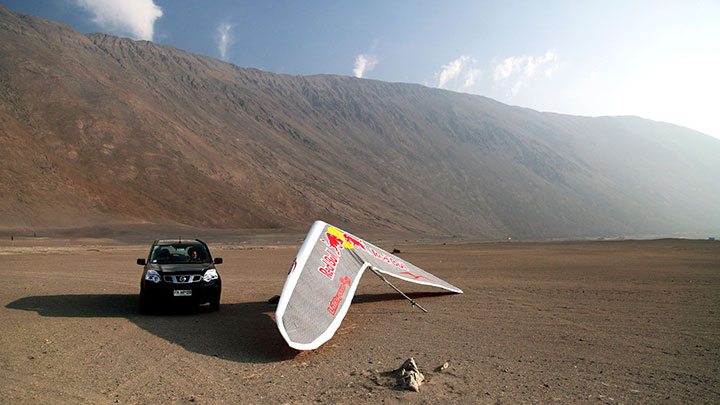 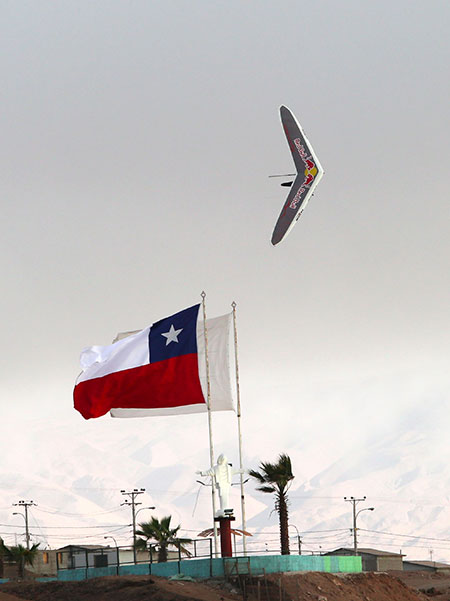