Arriving just in time, right before the start of the 2014 European flying season, I took delivery of my new wing:  the RX3.5 Technora® – from Moyes Delta Gliders. This glider is not just rigged with cutting edge, newly inlaid cloth, it is also my first RX!

For eight years I have flown RS models, gathering some extraordinary XC-flying, including two world records in out-and-return distances (Chile: 353km/343km), European Continental Record as a FAI-triangle course in the Alps (345km) and a maiden flight in hang gliding flying (Lanzarote to Fuerteventura, Canary Islands). I really cannot complain!  Additionally the RS3.5 also contributed to my achieving bronze at the World Championships in 2009 in Laragne, Vice-European Champion 2008 and 2010 and being awarded Austrian National Champion several other times. You could say, with this successful record that as a member of the Austrian National Team I have been pretty happy to fly this wing for such a long time!

For two weeks now I have been testing this new RX Technora® machine, bringing new challenges and motivation into the game of flying. And the start could not have been any better!   The first flight took place at the Ludesch Open (Task 1) a region in western Austria located between the flatlands of Bodensee and the high alpine mountains of Arlberg and Montafon offering a good mix of technical flying between high alpine mountains and lower valley hills. The conditions are also special due to a strong valley breeze from the west and good thermal lift with CUs till late afternoon.

I was pretty curious about how the RX Technora® would perform, so I was one of the first pilots to launch. With 20 km/h winds at take-off the first exercise was to soar up the low hill in the laminar breeze. Right from the start I was impressed by its good handling which is better explained by the roll momentum of the glider scribing an eight in the air. Here the RX was very handy turning from left to right but even more noticeable was the VG setting I could use: three quarters of rope without much high siding in laminar soaring conditions. Therefore the best glide increased in combination with a better climb rate the more VG you can use. Quickly I reached cloud base still floating around with almost full VG watching others gaining height much slower, or maybe it was just my boredom in a kind or time delay stage until the start gate finally opened... ; )

With a pretty good glider set-up already, the Technora® sail now came into action. It has the same weight as the Code Zero sail but with more tensile strength on the upper surface. In combination with a full carbon frame and full VG the whole sail transforms to a clean, rigid wing of higher pitch stability and less torsion. Due to better handling characteristics in general it is easy to control the RX on a fast glide with full VG in terms of better tracking. So any side drift caused by turbulence is easily corrected by motoric weight shift, without oversteering.

Technically speaking the cloth is a transparent mylar with black Technora® fibres which are much stronger than conventional polyester fibres. It is UV resistant, ultra-light weight with very low stretch and high tensile strength. Form follows function!

When gliding, active use of a 4m long VG rope is recommended to allow changing positions like a rally car driver shifting gears while they race along a windy dirt road. Each 15cm changes handling and pitch characteristics depending on different gliding aspects. The closer the wing gets to a mountain or the rougher the air, the less VG. Air moves in different flows, like water currents, so the pilot should adjust continuously. I for example, train paddling on rivers and ocean surf zones, to focus and learn from the flow of water, and then adapt what I learn to air currents.

It is useful to change the VG-settings, with gradual arm length step-by-step changes, and not in one fast, last minute, attempt. Anticipatory flying movements are the key to success! The sixth gear is only used on longer and quiet tracks, for example, I save the last 30cm full VG for long final glides late in the day, calm air and/or fast racing! 4/5 of VG is a good compromise between good glide performance and control of handling.

Here in Austria we talk about flying in the alps which means entering the thermal always close to the mountain's orology. So centering the core by its air flow is one thing. The other is having an eye on the terrain with trees, rocks or snowfields next to you and how the geography affects the vertical drift you are continuously circling. In any case you are always close to the terrain with the need for full glider control, not just for safety but also because there is less space in the thermal. Alpine thermals are more narrow, so we need to circle with a higher bank. A higher bank means a shorter turn with less time for the pilot to react on changing lift. So the smaller the core the faster the reactions. Or, the better the handling, the more control to center the lift... and the better the climb!

The RX Technora® has the best handling I have ever experienced - and I have been flying these Litespeeds for 15 years now. The reduction in high siding brings a new quality of riding pleasure in flight! This means it's easier to stay in the thermal's core, pushing the bar out and firing the turbo booster for a better climb. And all this with up to one third of VG and less motoric activity. The weaker the climb or the wider the thermal you still experience less bank and the more VG can be used from one half to three quarters of the rope. This keeps the joy with nine hours XC-flying. Or to win Task 1 and 2 at the Ludesch Open right away... :)

My fourth RX flight should've ended up as one of my furthest XC-odysseys ever! A flat triangle course of 362km in 9 hrs flying time. Unfortunately however I was one and a half hours too late taking off that day, June 7, 2014, which had been predicted to be as good a XC day but only early in the morning!  By the time I made it to the cable car station it was 10am and the the first glider had already launched. By 11:30am I was running off the hill to get my Technora® wing on course as fast as possible.

Like every long XC flight it is all about getting the last thermal for the so called final glide into goal, (or not). This requires a smart route, a good average speed, less mistakes and a good glider! It also depends on the pilot's fitness which again depends on the glider's handling. Especially after 9 hours flying time.

By 7pm I reached the point of interest, 25km out of goal. The sun was already low but still shining into the west facing slopes, while the valley bottom was already in dark shade. Conditions were dying so the real fight was actually now starting, ironically after 340km or an eight hour working day, but for the whole flight I was very comfortable in climbs and glides making it up to 31 thermals and now looking for the final one, number 32!

The RX was handling like a toy, helping me to save mental and motoric energy, the whole day almost over. Therefore my motivation and joy of flying was still high. A big bonus when times get hard and tricky! So I was not tired nor brain dead at all now trying to find the last lift of the day. But the cloud in front of me was just disappearing while the northerly part of the ridge was not working anymore. I could have spent more time searching for weak lift but my concentration came to another weird decision when observing the sky around me: instead of increasing the distance to goal I was decreasing it by flying further into the valley. My last joker was to reach higher peaks and to enter the last active air masses closer to the main alpine chain. After five kilometers gliding off course I managed to find the final lift to climb out from 2.000 back to 3.000 msl and that was it! I set this Technora® wing on a 30 km final glide, pulled the VG full on with best glide at 55 km/h and arrived goal 45 mins later at 8:30pm with a big smile on my face. (Flight details xcontest.org).

I wonder which colourful RX adventure will happen next...? 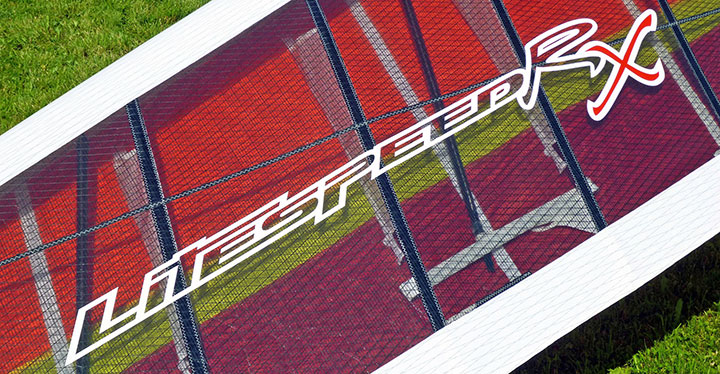