Applies to: Any Moyes glider using round uprights.

Inspection: Whenever an upright is broken or bent it may cause damage to the top and bottom upright fittings, these parts should be inspected closely and replaced at any sign of wear or damage.

It has been bought to our attention of a potential problem of the bottom upright fitting on gliders with round uprights.
The wear has occurred on the slot where the ball swage fits into. 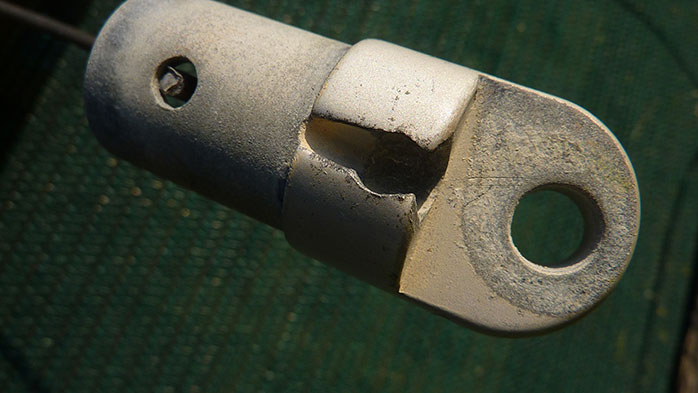 The photo shows a fitting from a glider with 600+ hours airtime where the slot has been worn and widened. 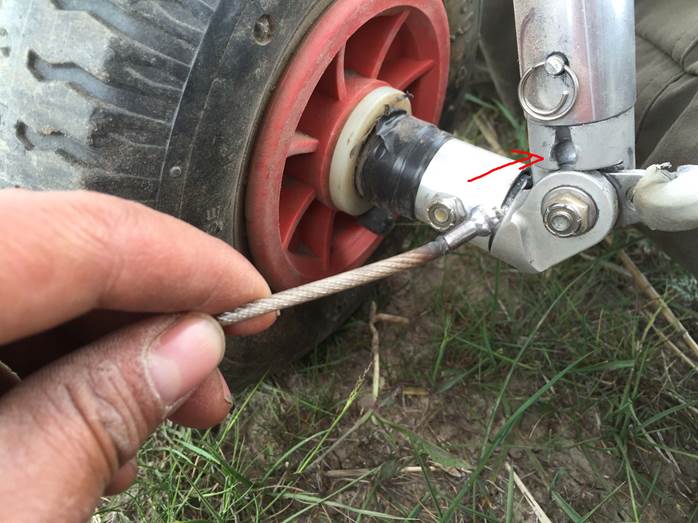 The photo shows a broken fitting from a training glider.

It is now mandatory to replace the fitting
when the opening exceeds 4.8mm or after 300 hours airtime.

Please find attached the expansion of the recall of the austrialpin DELTA carabiners.

A potential defect have been advised by  the supplier of the ‘Delta’ carabiner that we use on all of our harnesses.

From our records we have identified to have purchased the ‘Delta’ carabiner dating from 26th February, 2013 to date.

If you purchased a harness or carabiner from Moyes from between 1st January, 2013 to 14th October, 2014 you need to carefully check the carabiner for the batch number.

We recommend that all gliders with 2mm (1 x 19) wire should change their wires every 6 months or every 50 hours or with any sign of fatigue or kinking.

It has come to our attention, thru the concerns of some pilots that were having difficulty deploying their parachutes from their Matrix harnesses, that others may find themselves in a similar situation.