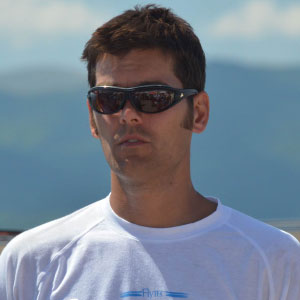 As a child, I spent hours and hours looking at epic hang gliding pictures in ‘Die letzten Abenteuer dieser Erde’. Among other adventures, the book told the story of an expedition which climbed the 6000 m high Mt. McKinley in Alaska and launched off of it, on single surface gliders. I guess the memories of those pictures always made me long for the sky and when I found out in 2007 that hang gliding existed in our low countries too, I started learning it, aged 29.

It was Tom Haagdorens, double Belgian Champion at the time (triple by now), who taught me flying in his hang gliding school Trike Valley. During my first week of flying, I was lucky enough to enjoy my first thermal in St. Andre, which took me 1000 m above launch at 8 PM. This experience was something special and there was no turning back from there!

XC Flying has always been what I was looking for and Tom, with his loads of experience, encouraged me from the start. In 2008 I started flying XC on my intermediate and soon was interested in competition flying. On the one hand, because I love competition, but on the other hand because competition flying was going to provide me with flying opportunities (retrieves were a problem in Belgium). Taking part in 2009 in the Trofeo Montegrappa, with my intermediate glider and very little XC experience, between all those hot shots and their slick wings, was quite an experience ;-)

In 2010, I bought my first topless glider and immediately took it to the German and the Austrian nationals. The Austrians provided 3 days of flying above fresh snow with two successive personal bests of 120 and 150 km, both into goal. Competition flying had started for real and I loved every bit of it! The summer brought the Europeans in Ager and a week later, I won the Belgian nationals. Another 3 weeks later, I won a task in the Dutch nationals at Monte Cucco and shared the podium with fresh European Champion Gerolf Heinrichs. Hang gliding had taken me to beautiful places that summer and provided some very interesting challenges. I had definitely found my sport!

I liked it so much, that I decided to take a 6 month sabbatical from work in 2011. It was the time of my life, flying in Florida, the Midwest, all across Europe, above the remote landscapes of central Turkey and finally experiencing the Arizonian desert from 4500 m during the Santa Cruz Flats race, meeting extraordinary people all along. It’s a journey I can recommend to any pilot!
2012 was a more quiet year. Spring didn’t provide any good flying conditions in Belgium and although I won the Belgian nationals for a 3rd time, I didn’t fly as well as I hoped for all summer and lost some confidence in what I was doing. This continued into the exceptional 2013 World Championships in Forbes where I failed to achieve my goals.

Time for a change! It had already been years that I had been looking at Moyes gliders and in Australia, a test flight on the Moyes Litespeed RX4 convinced me what that change had to be. I loved flying the RX from the get go and the summer ended with a very nice 3rd place during the Pre-Euros in Lumbier. I sure hope to continue the upward trend of 2013 into 2014!

But, more important, after 7 years of flying, I love it even more than when I started it. It doesn’t matter whether I’m flying a comp in the Alps or having a flight with friends above the Belgian Ardennes: hang gliding is just an awesome pasttime. And I found the best glider to match that: the Moyes LS RX is competitive, but is also a pure joy to fly.

As for dreams for the future, there are loads of landscapes still to visit and I’m also eagerly awaiting the day that’s going to provide record conditions in Belgium during the weekend (which makes me non-desk-bound). In the first place, I hope to be able to enjoy hang gliding for a long time to come. And the best is to be able to share it with others. 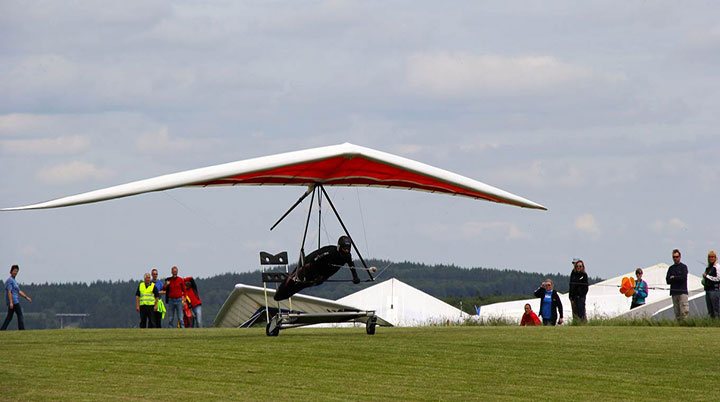